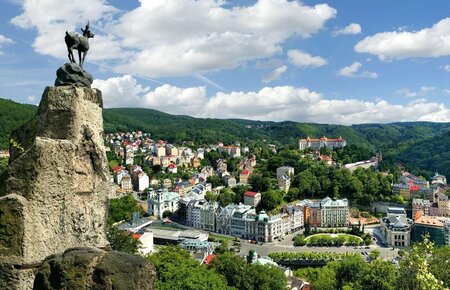 Deer Jump lookout is the oldest lookout structure in Karlovy Vary. In 1804, a wooden gazebo was built by Mayer, a merchant and native of Karlovy Vary, after whom Mayer’s gloriette is named. 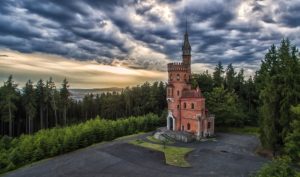 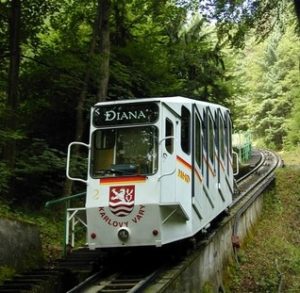 Wooden observation gazebo Mayer’s Gloriet, which offers a unique bird’s eye view, to which you can climb forest paths and stone steps around the statue of a chamois directly from the center of Karlovy Vary from Hot Spring. 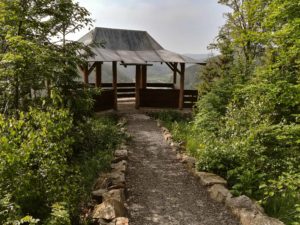 We only use cookies on our site to improve our services, to analyse overall traffic and to personalise ads. If you think this is OK, click on the "Accept All" button, or under "Customize" choose what types of cookies we can temporarily store for you.